Knossos, a complex of more than 1500 interlocking rooms, was an astonishing palace, built for a mighty king of the Bronze Age.

As you wander through the labyrinthine ruins, you will have the chance to see the original throne of “Minos”, the mystifying sanctuaries, the luxurious domestic quarters of the royal family, the once upon a 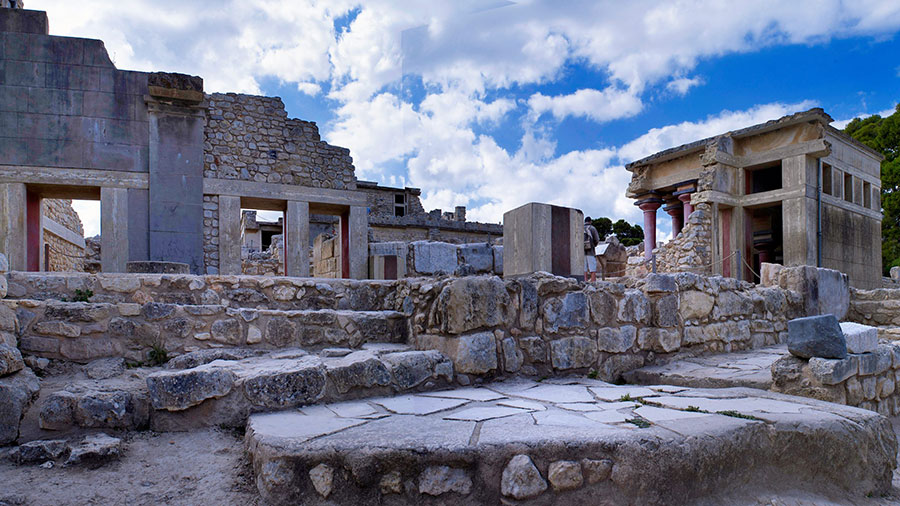 The first palace of Knossos was erected soon after 2000 BC. In 1700 BC, a catastrophic earthquake destroyed the Palace.

A new palace was then immediately built, the most significant and monumental of all and for more than 300 years it represented the pre-eminent center of power in Bronze Age Crete.

During the last decades of the 14th century BC, a series of earthquakes led however to the final destruction of the palace.

Visit the Mythical Palace of King Minos and Labyrinth home to the Minotaur.

Are you an owner? Contact us today for your property management.