There are several places in Crete that are beautiful, but only a few of them can be described as winders of nature. A place that is a real wonder of nature is the canyon of Arvi that tears Arvion Mount in two, over which the shrine of Zeus Arveios was sited. The gorges of Arvi and Cha are two most impressive canyons of Crete. The gorge of Arvi is located north of the seaside village Arvi in the  south of Heraklion prefecture and is formed in the limestone of Mount Dikti.

This is a technical canyon, meaning that crossing it is impossible without canoying equipment and flashlights as there are many consecutive waterfalls.This is a really dangerous place and any attempt from people not keen on canyoning can turn fatal. During the winter until the first summer the canyon has water making it even more impressive. Most of the water comes from the springs of Kefalovrysi that have all year long water supply. The canyon of Arvi has a high degree of difficulty. 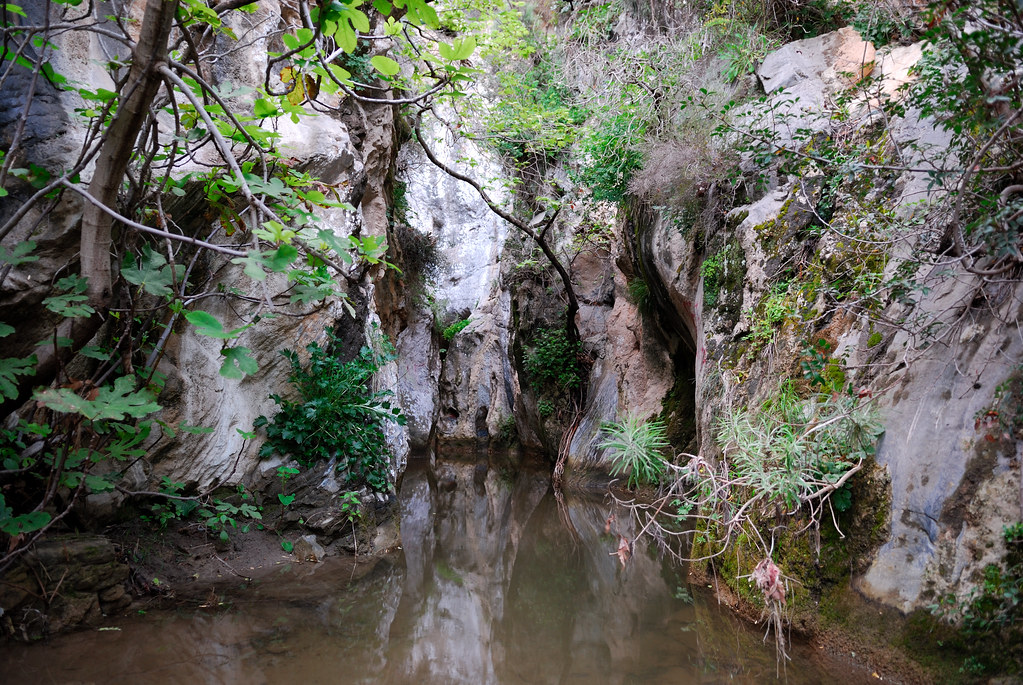 The entrance is located in the wood of Konisma (Icon) which is named after a rock that looks like an icon of Christ. It runs across the position Fournos and forms many descents, with the most impressive being an incredible waterfall of 85 meters in the middle called Kapnistis (Smoker) because the water spreads like smoke due to height.

Kapnistis is one of the highest and most impressive waterfalls in Crete. But what makes the canyon really unique and totally different from all other canyons in Greece is the part after the high rappel of Kapnistis, where the river enters the bowels of the earth for 150 meters and forms a cave (underground river)! In the underground section, the river continues to create waterfalls and access to all of this section requires lighting equipment because it is completely dark. After the dark section, the gorge continues to be incredibly narrow with amazing formations and there are large rocks – splines – under which we pass.

After about 20 waterfalls the gorge ends and reaches the fertile plains of Arvi known for its banana crops, next to the monastery of Saint Anthony (Agios Antonios). The area in the gorge exit has a particularly cacophonous names since it is called Donkey’s Ass! There existed in ancient times a rich water spring which has dried up after building wells. This miracle of nature has been an attraction from ancient times for travellers. The river of the gorge finishes in the South Cretan Sea, but water never reaches the sea due to the exploitation for irrigation.

See all events in Crete